The company has introduced the revamped version of Bitdefender for 2015. The program offers antivirus protection, safe banking, privacy protection, parental control, firewalls and many other features. It’s available at an affordable price, and comes with numerous enhancements. It’s the perfect choice for every person looking to safeguard his computer against threats.

Advancements in technology not only offer numerous benefits to customers, but also put them at unforeseeable risks. As soon as a software or program is launched, hackers start making efforts to break the code. Due to such vulnerability issues, you need solid protection against malicious elements on the internet. 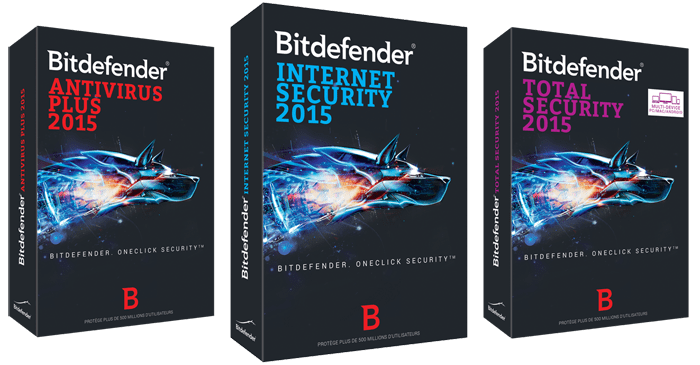 Even when you’re in offline mode, you need to protect your computer against such threats. This makes sure you don’t lose any personal, confidential or financial data. If you’re looking for a good antivirus program, Bitdefender will be your best choice.

Over the past few years, Bitdefender has become one of the most popular antivirus programs in the world. It has regularly scored more than Symantec, McAfee and Kaspersky in terms of reviews and testimonials. Currently, it’s considered the best security solutions for both individuals and businesses. Based on the company’s past successes, Bitdefender has come up with this revamped version.

Recently Bitdefender announced the release of 2015 range. The new version includes Bitdefender Total Security 2015, Bitdefender Internet Security 2015 and Bitdefender Antivirus Plus 2015. These new builds have added a lot more to Bitdefender’s core security abilities. In addition to this, the company has also introduced something called One Click Security. With the new version, the focus is on ease of use and simplicity.

The most visible change in the Bitdefender 2015 is the new interface. Common tasks, such as Update, Quick Scan, Optimize and Safepay, can be easily launched with a single click. In addition to this, groups of functions are properly organized through three mail tiles, including Tools, Privacy and Protection. According to experts, everything works well.

The company has made a lot of improvements to save your time, and improve the overall experience. With Bitdefender 2015, the Wallet can automatically fill web-based forms with credit card details, usernames and passwords. This allows you to make payments in just one step. The best part is that the program’s Vulnerability Scanner can easily find missing patches on the computer. It even provides you with links to download and install everything.

The entire 2015 range features a new feature called Activity Profiles. With this feature, the program can automatically optimize your computer for different kinds of situations. For instance, when you want to play a game, the program can enable the Game Profile. At the same time, it will disable unnecessary services to improve your computer’s performance and speed.

Similarly, when you’re watching a movie, the program turns on the Movie Profile. This enhances the visual effects on the system for a better experience. In case your computer’s battery is low, the program sets up the Battery Mode Profile. It optimizes your Windows and Internet Security settings to save more energy.

In case you’re still worried about your computer’s performance, you will be glad to see the new Tuneup section. It’s available in all the 2015 products. The Tuneup section comes with 6 new modules to maximize performance of PC Cleanup, Boot Optimizer, Disk Defragmenter, Registry Recovery, Duplicate Finder and Registry Cleaner. If you think exploring all these options is time consuming and complicated, you can use the One Click Optimizer. This will help you clean up your computer without experiencing any problems.

The company has also made some small improvements in other areas of the program, such as an efficient desktop widget, enhanced parental controls and better reports. In addition to this, the Spam Filter of the program is completely Cloud-based. This provides customers with improved accuracy, and makes the program more responsive to advanced threats from hackers and other malicious elements.

The real strength of the program comes with the protection offered by Bitdefender 2015. According to the company, the product topped AV-Test’s protection list for straight 3 years. In addition to this, the Real World Protection Test from AV-Comparatives leads to the conclusion that Bitdefender blocks all kinds of threats. The best part is that the company has already introduced the free 30-day trial of Bitdefender Total Security 2015, Bitdefender Internet Security 2015 and Bitdefender Antivirus Plus 2015.

Find out great deals, offers and coupons from Bitdefender store to buy in cheaper and lower price. Companies occasionally launch their special promos for a limited time that you can by them in best price.