In October 6th event Microsoft launches its Surface Book – New touch screen 13.5 inch Laptop and Surface Pro 4 an improved tablet of its predecessor Surface Pro 3. It also launched two Lumia smartphones 950 and 950 XL. Lets have a look on these gadgets.

As per Microsoft surface book is an innovative and revolutionary product which is the future of the laptop computing. Its preorder has been started from 7th October 2015 and will be available in the market from 24th October. And it has already got many sales. It is powered with new Microsoft Windows 10.

Although there is no laptop like this in the market, So may be soon other manufacturer may give some competition to this but at this time it is a great launching from Microsoft. People are comparing it to the Macbook Pro and seeing a strong competition between these two. Although Macbook pro is just a notebook and Surface Book is a 2 in 1 laptop and tablet. Microsoft also claims that their surface book is twice faster then Macbook. 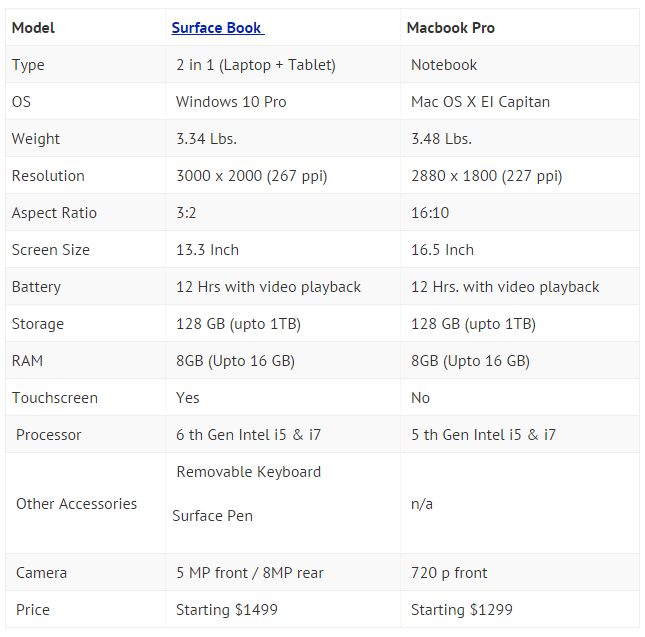 It also compared with the Microsoft’s own Surface Pro 4 & Surface Pro 3. See the comparison table here

Surface Pro 3 was very profitable for the Microsoft and was very much liked by the peoples. Now its time for Surface Pro 4, Definitely it would be a hit.

You can buy or Pre-order directly at Microsoft’s Online Store microsoftstore.com

Right now there is not any discount or promo available for these gadgets but you can find out some other hot Microsoft offers here.