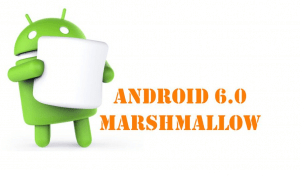 The latest Android version brought out by Google in 2015 has been packed with a few blockbuster features and a few tweaks here and there. With Android 6.0 Marshmallow being released recently, its users can certainly look forward to certain changes in the form of enhanced battery life in their device and enjoy a brand new feature, called Now on Tap. No major changes have been seen in the newly introduced Android version. Instead, the developer has retained the colorful material design that was associated with the earlier version – Android 5.0 Lollipop.

This is an interesting feature that has been incorporated in Android 6.0 Marshmallow as it allows users to cut down on their search time and find valuable information pertaining to tasks they intended to carry out with their smartphone. Now on Tap is essentially an ‘easy button’ intended to give you all relevant information without having to do the difficult thing of firing up different apps and getting the details!

For example, if you have plans to go out for a dinner with your friend then all you need to do is type in the restaurant name in the message box and activate this feature. You will now have the options to call up the restaurant, get restaurant reviews or find the location on Google Maps! Similarly, if you’ve been looking to book tickets for a movie then on firing up Now on Tap, you will get important details like movie reviews, show timings, movie location and so on.

Now on Tap has been designed to help you with two things – get all the answers you were looking for and get an idea what you have to do next. The design of this feature as been such that you can fire it up when it is required and let it go and help you get on with what you were doing, once the job is done.

If you’ve been concerned with power draining out from your device then it is time you stop worrying about that. Google has come out with an innovative idea called Doze, a feature that helps save energy of your device when not in use. According to the developer, this feature consumes much less power as compared to standby mode when the device is not being used since a long time and has gone into hibernation. This feature is exclusively available on Android 6.0 Marshmallow version.

Though Android Pay is not entirely a new feature to be associated with Android 6.0 Marshmallow, it is nonetheless an important feature for those who regularly shop through their credit cards across important stores like Best Buy, Macy’s, Walgreens and many others in the US. All a user needs to do is hold his/her device across the credit card terminal available across stores and follow the instructions that pop up on their device to complete the payment. Android 6.0 Marshmallow, as is with other Android versions, uses NFC chip present in your device to enable you get on with this feature.

The app drawer associated with previous versions of Android moved left and right. However, in Android 6.0 Marshmallow it can be scrolled up and down to let you select the app. Besides this, the app drawer has a new layout with the latest Android version. In fact, you’re now able to search through apps that are installed on your device through a search bar, a feature that has been included at the top section of the drawer.